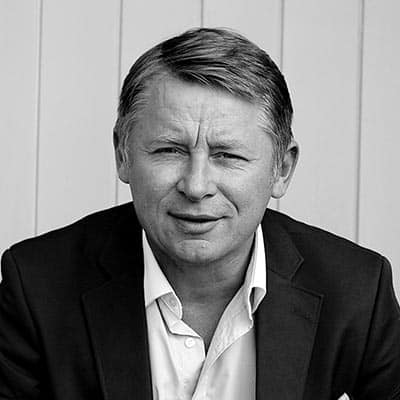 Polar adventurer Alan Chambers MBE led the first successful British unsupported expedition from Canada to the Geographic North Pole. They walked 672 nautical miles in temperatures as low as -65C, dragging a sledge the weight of a baby elephant. After a gruelling seventy days on the ice, on 16th May 2000, Alan and his teammate raised the Union Jack. Alan has subsequently led over a dozen North Pole expeditions with top business leaders and chief executives. He helps them to explore and reflect on their own leadership capabilities.

In 2006 Alan lead a team to complete the gruelling Yukon Arctic Ultra Challenge. In 2008 he lead and crossed Greenland as part of the Feet of Green initiative. The initiative was designed to inspire children with a spirit of adventure and care for the environment. In 2009 he lead a team of senior executives and high achievers to the South Pole.

A former Royal Marine with 16 years service, in 1995 Alan was a member of the first winter expedition to traverse Iceland by ski. He has sledged across Greenland, Canada North West Territories, Norway and Iceland.

In preparation for the 2003 rugby world cup, Alan was invited by Sir Clive Woodward to speak to the England rugby squad, concentrating on project focus, maintaining direction in adversity and the change that will have to be adapted to. Team Captain Martin Johnson, comments: Alan’s amazing story highlighting the remarkable focus and leadership he had around the north pole trip truly inspired the team in their preparation for the Rugby World Cup 2003. The England team went on to win the world cup.

Alan was also invited by Duncan Fletcher to speak to the England cricket ashes team in their preparations. Focusing on the mental endurance and the winning belief needed to achieve regaining the ashes Duncan Fletcher, England ashes Head Coach comments: Alan Chambers was with us all the way through the ashes, if only from a distance. At every turn he recognised a situation from his journey and related it to that which we were encountering. That was great to know and provided excellent motivation, as well as a frequent good talking point. We used Alan’s analogies in the changing room after we lost the first test.

At the age of 32, Alan Chambers was awarded an MBE by HM The Queen in 2000 for determination and leadership in constant adversity. He is also a qualified diver, parachutist, paramedic and ski survival instructor.