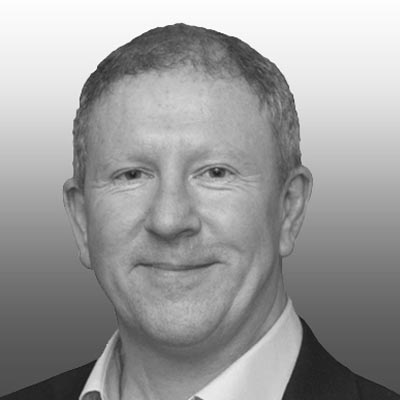 Andy is a human performance specialist, a Director of DNA Definitive and a Visiting Professor at Manchester Metropolitan University. With DNA’s exclusive international portfolio of clients, he is in demand to help develop high performance environments and to support elite teams, which he does through applied performance psychology and the development of evidence based resilience focused strategies. His work has afforded him access to many different industries and countries around the world. He works with political leaders; with high net worth individuals and corporate business leaders; with world leading athletes and coaches (Olympic, Commonwealth and World Championship Level); the emergency services; the British armed forces; and, with not for profit and third sector organisations.

Andy has developed several human performance programmes and, with DNA Definitive colleagues, co-written a series of acclaimed resilience programmes that have been adopted by, among others, critical care practitioners, the police, the fire and rescue service, ambulance services, social services, headteachers and the corporate sector. When required, these have gained CPD accreditation from organisations such as the Royal Colleges of Physicians and the Royal college of Nursing. In addition, with DNA definitive colleague, Rachel Spearing, to developed a professional standards course to address undermining and bullying behaviour on commission from the Royal College of Surgeons (Edinburgh).

Andy is involved in a range of UK and international research projects with colleagues from several universities. He is a Visiting Fellow at Staffordshire University Faculty of Health Sciences, School of Psychology Sport & Exercise; an elected Fellow of the Royal Society of Medicine; and, an Academic Associate at Cardiff Metropolitan University School of Sport. He is an Associate Lecturer in Leadership, Business and Work Based Learning on International Executive MBA programmes at a number of universities in England, Wales and France. Andy is also a member of the British Sleep Society, the professional organisation for medical, scientific and healthcare workers within sleep and sleep disorders.

Previously, Andy sat on the Sport Wales Advisory Group (for 4 years) and on the Welsh Advisory Committee for the Stroke Association (for 6 years).

Andy has extraordinary motivational gifts and insight into the minds of people in competitive situations or under stress where successful performance is essential. He knows how to develop confidence in high performers and others and to help them retain the knowledge he imparts. He is one of the most gifted people in his profession of anyone I have met. Baroness Tessa Jowell, Minister for the London 2012 Olympics

Andy has been a big part of the success of the teams he works with. But I know from my own experience that he is also terrific working with individuals dealing with high pressure situations. His skills and experience have proven to be transferable across many sectors. Alastair Campbell, British journalist, broadcaster, political aide and author, Director of Communications and Strategy for Prime Minister Tony Blair.