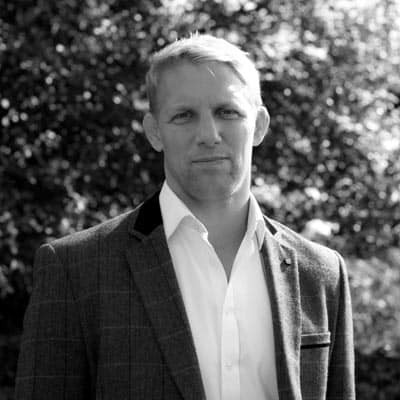 Affectionately known as ‘Mad Dog’, Lewis’ playing style was once described by fellow player Ben Kay as ‘like a puppy chasing a stick down the M25’.

In 2012, injury forced the most capped England flanker to call time on his illustrious career.

Outside of rugby, Lewis has competed in many challenges and expeditions including ‘Extreme Classrooms’ which is an annual expedition for children aged 11-16 with complex social, behavioural and/or learning difficulties from schools throughout the country.

Expeditions have included trekking to Everest base camp and cycling around Mont Blanc.

In 2015, Lewis took part in an extreme charity challenge ‘Head North’, a 100km trek from Ice Camp Barneo to the Geographic North Pole, the highest point on Earth. The trek raised over 250k which was split between the Royal Marines Charitable Trust Fund and Lewis’ very own charity The Lewis Moody Foundation.

The foundation was set up by Lewis and his wife to tackle illness & fulfil dreams for young families affected by serious illness.

Whatever the next chapter holds for the ‘Mad Dog’, there is no doubt that he will meet it with 110% as he only knows how.