“Shackleton was an innovator who wanted to try everything available to him including technology. We're going to do the same”

Ernest Shackleton’s hopes of crossing Antarctica ended in 1915 when his ship, Endurance, became trapped in the frozen sea and, like his dreams, crushed by the ice.

Miraculously Shackleton and his 28-strong team survived the perilous adventure yet more than a century later nobody has traced his intended trans-Antarctic route.

Next year four British explorers will return to take on Shackleton’s “unfinished business”. Embarking in October 2020, three men and one woman plan to traverse the 1,800 miles (3,472km) across Antarctica. Shackleton 2020 comprises polar explorers Alan Chambers, 50, and Ann Daniels, 55, as well as Wayne Hoyle, 52, a former Special Forces officer, and former Royal Marine Rupert Fyne, 52. Their journey will begin at Vahsel Bay, Endurance’s last confirmed location. They then have just 100 days to find and complete Shackleton’s coast-to-coast route to McMurdo Sound, hauling their sleds on foot via the South Pole and Beardmore Glacier. S2020 will celebrate British industry and innovation, using the most efficient carbon fibre sleds, kites, and wearable monitoring technologies to measure the effects of such extreme conditions on humans. 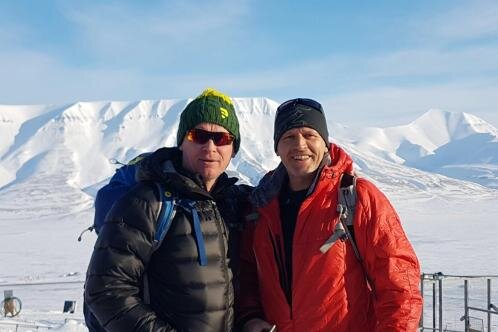 “Shackleton was an innovator who wanted to try everything available to him including technology. We’re going to do the same” said Mr Chambers.

On November 21 1915, Shackleton left Endurance for the last time. “Huge blocks of ice, weighing many tons, were lifted into the air and tossed aside as other masses rose beneath them,” he wrote. “We were helpless intruders in a strange world, our lives dependent upon the play of grim elementary forces that made a mock of our puny efforts.”

Last month underwater explorers were forced to stop searching for Endurance’s remains, defeated again by such “grim elementary forces”. So what makes team S2020 so confident of success?

“Shackleton’s achievements and that unfinished business, as we like to describe it, has been at the forefront of all our minds for a long time,” said Mr Hoyle, who has served in every conflict since the mid-1980s and in 2014 became the first serving Royal Marine officer to walk unsupported to the North Pole.

The four, whose CVs are packed with record-breaking action and adventure,would not be so highly accomplished if they doubted their abilities, according to Mr Chambers.

The three men met at the Royal Marines’ Commando Training Centre in 1985, before serving together for many years.

Mr Chambers and Ms Daniels met in the Canadian Inuit hamlet of Resolute Bay in 1997. Ms Daniels, the first woman to walk to the North and South Pole in all-female teams, is a committed environmental campaigner who has worked closely with Nasa and the European Space Agency. Mr Chambers was awarded an MBE in 2000 for “effective leadership in constant adversity” and has returned many times to the North Pole, including once with his nine-year-old son. 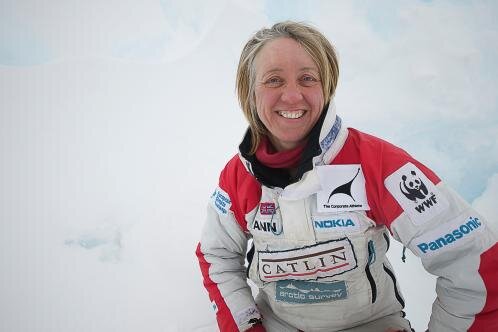 “Interesting that we are all Northerners and big tea drinkers,” laughed Mr Chambers, originally from Scunthorpe, now living in Bristol.

So why has nobody completed the route so far? “It’s a huge trip and there are more ways to fail than succeed,” said Mr Chambers.

“I took failure out of my vocabulary a number of years ago,” said Mr Hoyle. Mr Fyne, who qualified for the Royal Marine Mountain Leader Branch in 1994 specialising in cold weather warfare, military mountaineering and vertical assault, added: “Failure isn’t something that would enter our heads.”

Equally positive, Ms Daniels added: “We’re going to do a job and we’ll deal with whatever hits us along the way.”

These obstacles will inevitably include extreme weather conditions and brutal terrain, but their biggest challenge is the “massive race against time”, according to Mr Chambers.

Their journey begins with a flight to Punta Arenas in Chile, from where they will travel to Antarctica. But as Mr Chambers and Ms Daniels – both South Pole veterans – can testify, this can sometimes involve a wait of days or even weeks depending on weather.

October is Antarctic summertime, meaning 24-hour daylight and balmy temperatures of around -30c.

“It’s very cold and you’ve got the winds,” said Ms Daniels. “On the first part of the journey we will be constantly walking into a head wind which will obviously slow us down. And even though it’s summer, we will still face storms and whiteout.”

Every day will follow a strict routine, starting with three hours to melt enough ice for breakfast, get dressed and pack up. Then it’s ten to 12 hours pulling heavy sledges, battling bitter winds and navigating deadly crevasses.

The massive effort of hauling themselves and their supplies across Antarctica will require about 6,000 calories a day, as well as an intense pre-trip training programme.

Not a problem, says Mr Fyne. “We’re all at that level already. I could say I’ve been training for 35 years.”

As part of their efforts, S2020 aims to ensure the long-lasting legacy of their endeavours by setting up a foundation.

Mr Chambers told The Times: “Shackleton dedicated his expedition to King George. So in the spirit of Shackleton, we would like to dedicate S2020 to Her Majesty The Queen.

The legacy of this expedition should serve to inform the nation of a significant period in British history, and also inspire the next generation of scientists, engineers, teachers and explorers of a golden age of exploration, in a rapidly developing world.” 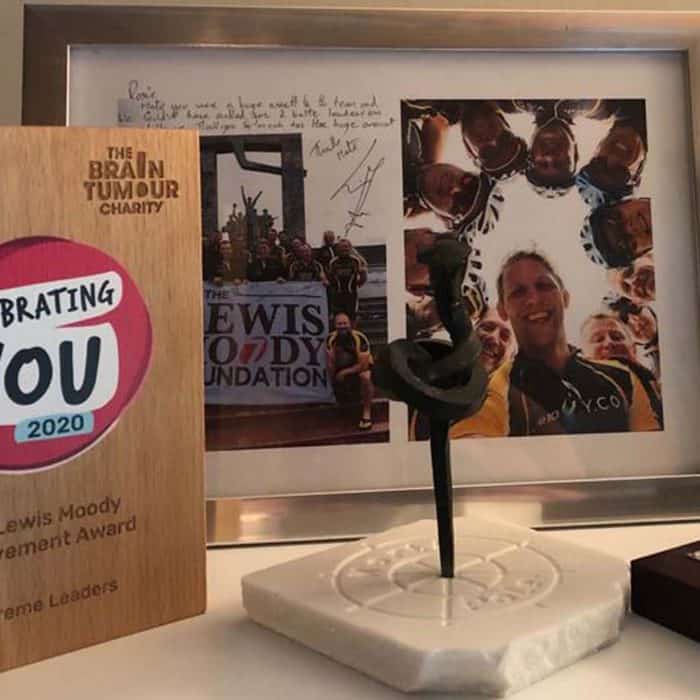 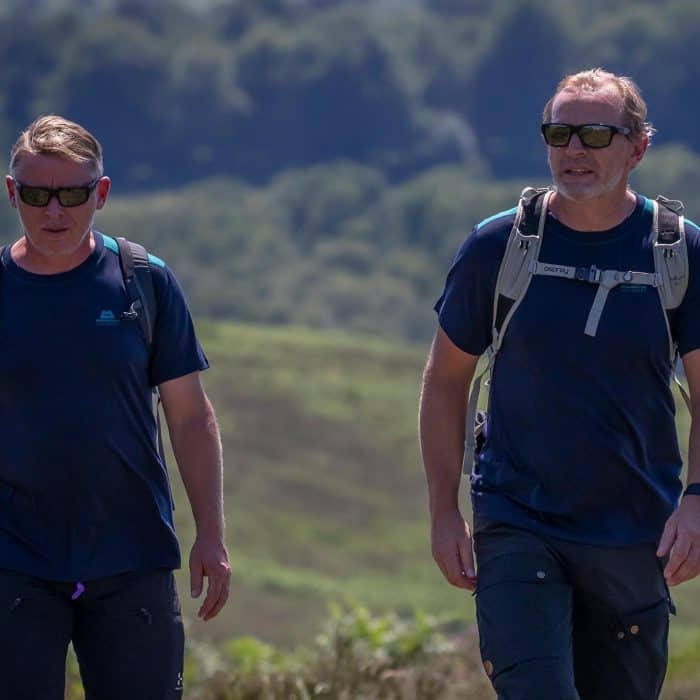 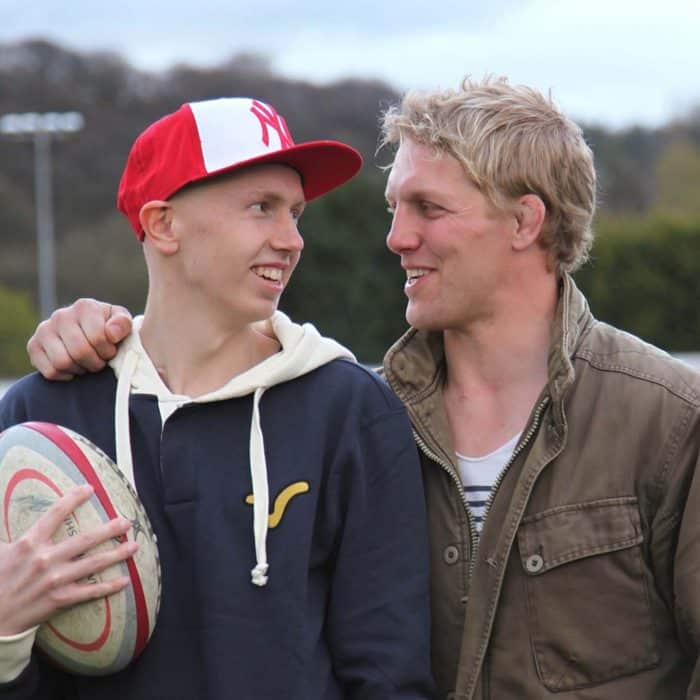 Learning from our team’s unrivalled leadership experience your team will work together to adapt and overcome a series of physical and mental challenges, over the course of two days.

The Spitsbergen Pursuit Challenge is designed to take you out of your comfort-zone and in doing so transform you into an Extreme Leader.

Are you ready for an extreme leadership programme that promotes positivity, inspires aspirational growth and challenges you in the face of adversity?